Vertical wind shear in the tropics

According to theory, the most typical circulation difference between mid- and tropical latitudes is there is almost no vertical wind shear in the tropics, i.e. there is the same wind speed and direction with the height. However, situation is much more complex in the reality. Nice example of the tropical weather complexity is the Southeast Asia. We can take a look at the vertical change of pressure and wind field over Malaysia – figure 1. 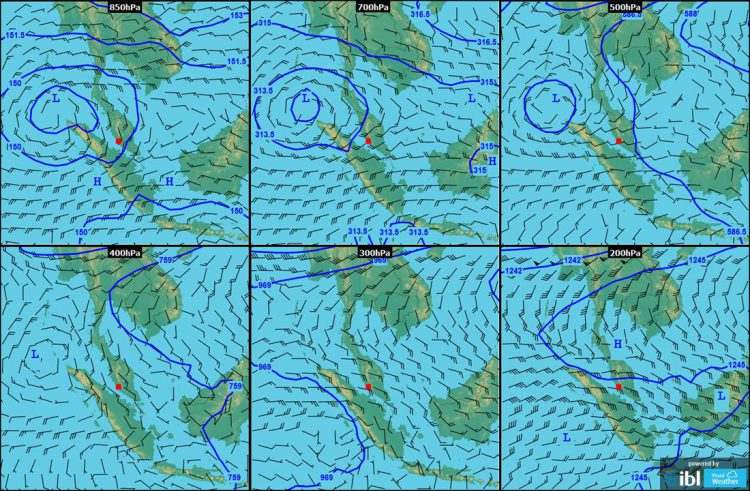 Figure 1 – multiview composition of the pressure and wind field over the Southeast Asia in the several vertical levels, December 4th, 2016.

There is a large and deep cyclonic vortex over Andaman sea and it makes southwestern winds up to 500 hPa (cca 6 km above sea level) over Malay Peninsula. This vortex intensified over the Bengal Bay and struck eastern India as the tropical cyclone Vardah several days later. Between 400 and 300 hPa level (cca 9 km) the flow pattern is changing. The cyclonic vortex vanishes and wind field is driven by the massive high pressure area over the Indochina peninsula and the South China Sea. The wind flows from the east and is stronger close to 200 hPa level (12.5 km). We can illustrate this situation by the timelapse photography captured in Kuala Lumpur (the red square on fig.1) in a span of about 9 hours on Sunday, December 4th, looking directly to the west. The interval between shots is 5 seconds and the animation is 250 times faster than the reality. You can check actual time in the right bottom corner.

The animation starts with the widespread cirrostratus clouds, moving from the east to the west according to the upper level flow. So, we can suppose these clouds must be at 300 hPa at least. From about 11:00 we can recognize very rare cirrus wave clouds with the distinct ribs and moving in opposite direction, so it is around 500 hPa level. After some sky clearance after 12:00 the solar radiation warms up the surface and cumulus convection starts. The shallow cumulus clouds are close to the ground, so they move with the low level southwest winds. As the thunderstorms developed over the eastern shore of Malay Peninsula in the afternoon, eastern upper level flow drags thick anvil cirrostratus above Kuala Lumpur again. This effect eliminates surface heating and cumulus convection fades away. At last, note the very large angle at which the Sun meets horizon – can be seen in the lowest latitudes only.

We use cookies to ensure that we give you the best experience on our website. If you continue to use this site we will assume that you are happy with it.I understand